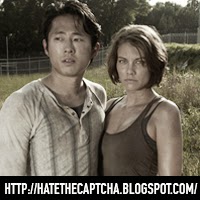 In March of 2014, Walker Stalker Con made its debut in Chicago, where it assembled more “The Walking Dead” cast members than any convention ever before, along with other actors from zombie and horror films.
With cast members from “The Walking Dead” returning to the upcoming Chicago convention, along with stars from other zombie and horror films, Walker Stalker Con continues to position itself to be a particularly unique event.

Walker Stalker Con is not just a convention. It is a fan meet-up and an opportunity for each guest to come away feeling like they’ve had an amazing experience and became part of a greater community of zombie lovers! Walker Stalker Con is two days of events, panels, and experiences that zombie fans won’t find anywhere else!

Confirmed guests for the convention include (with more to be announced):

"THIS IS A CAPTCHA FREE ZONE"!

Photograph/Images owned by AMC Network Entertainment LLC, where marked. For more information about our intent please click on "ABOUT/LEGAL" below main title. We are meant to be a FAN-SITE and are not affiliated with "THE WALKING DEAD", AMC or make claims to do so.